How does Natural Cycles compare to calendar-based methods? 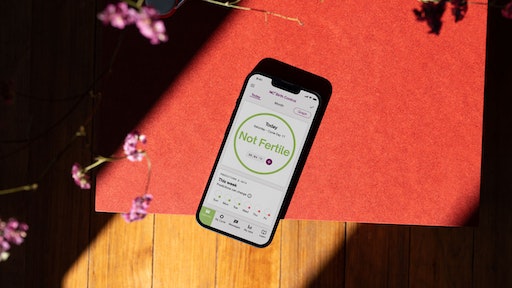 There are several fertility awareness-based methods (FABMs) out there. All FABMs rely on determining the fertile window, however, most FABMs are based on a simplified understanding of the menstrual cycle.

In this study, we set out to investigate how the Natural Cycles algorithm compares to two other FABMs — namely the Rhythm Method and the Standard Days Method — in how accurately they identify the fertile window.

The Rhythm Method (otherwise known as the calendar method) is based on the assumption that ovulation happens around 14 days before the end of the cycle. This method requires the user to track their period for six cycles before it can be used to prevent pregnancy, and the fertile window is then calculated based on the shortest and longest cycle during this time.

The Standard Days Method requires the user to have a regular cycle that is between 26 and 32 days, and cycle day 9 through 18 are always considered fertile.

The Natural Cycles algorithm identifies the fertile window based on temperature, optional LH tests and period data, which means that it’s individualized for each user. The start of the fertile window is based on past cycles, taking into account factors such as average ovulation day, cycle length and length of the cycle phases, and how these vary. The end of the fertile window is determined by confirming ovulation based on temperature data. Natural Cycles is effective from day one and does not require the user to monitor their cycle before it can be used, as the algorithm is designed to be conservative until it’s gathered enough data.

Lastly, we calculated how likely each method was to give a wrong green day on each day in the fertile window. This is important because the likelihood of conception varies on the different days in the fertile window — the most fertile day is the day before ovulation, followed by ovulation day, and the day with the lowest chance of conception is the first day of the window.

The results showed that Natural Cycles gave more green days over 12 cycles while also giving fewer wrong green days, compared to both of the other calendar-based methods.

The Standard Days Method, gave on average 58% green days and this stayed consistent during all cycles, but the fraction of wrong green days was higher — 1.60% in cycle 1 which decreased to 0.27% in cycle 12, likely because the number of users who were still eligible for this method decreased over time due to the strict restrictions of this method.