How effective is Natural Cycles when used with the Oura Ring? 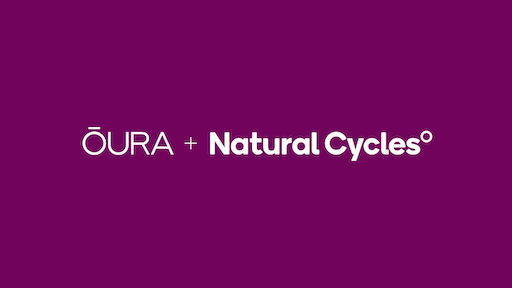 The short answer: 93% effective with typical use and 98% effective with perfect use, i.e. the same as if used with a basal thermometer. Likewise, the fraction of green days is comparable when using Oura Ring or the oral thermometer. This was shown in the clinical study that we conducted and was further validated by the FDA after reviewing our data.

If you are interested in the long answer, keep reading...  :)

What is the relationship between BBT and skin temperature?

When taking your oral temperature first thing in the morning, you are measuring your basal body temperature (BBT), which is the lowest value of the core body temperature (CBT) that happens when you sleep. It is well known that BBT is correlated with ovulation because BBT is lower in the follicular phase and higher after ovulation has occurred. That’s how the NC algorithm is able to determine if you have ovulated or not based on your temperature data.

So as scientists, the very first question we need to ask is: is the distal skin temperature correlated to ovulation? The answer found in literature [1] is yes: distal skin temperature is considered to be a good indicator of the CBT when measured during the night. This means that, if we have accurate measurement of DST along a cycle, it can be used to detect ovulation.

Can Oura be used in combination with the NC° app?

The second question we need to ask then becomes: can the Oura Ring provide accurate enough measurements to be used in combination with Natural Cycles, delivering comparable performance to the oral thermometer?

Our research was not intending to change the way the Natural Cycles algorithm detects ovulation or calculates the daily fertility status, but rather testing to see what happens if we replace oral measurements with measurements from the Oura Ring. Therefore, we designed a clinical validation study where we asked participants to wear an Oura Ring during the night and use the NC° app alongside an oral thermometer for 4 months.

The Oura Ring provides Natural Cycles with temperature trends, which Natural Cycles processes into a single, absolute temperature. These values are what we utilized in the study alongside the oral temperatures. When accurately taken, these measurements do not vary much day-to-day during a given menstrual phase and should remain stable before and after ovulation.. We therefore looked at the temperature variation for both sets (Oura Ring and oral thermometer), and the results are perfectly comparable.

As a final test, we looked at the fraction of green days to make sure the user experience would also be consistent. Once again oral temperatures and Oura provided a comparable number of green days.

We submitted the results from the clinical validation for regulatory clearance in the US (FDA) and EU (CE Mark). The results are included in the Summary of Clinical Performance Testing section of our 510(k), that you can find here [2].

Following the regulatory clearance, we decided to run a beta test with a small group of users. We have monitored the performance for almost 2 years and we’ve found that the performance is in line with the results of the clinical study.