The Results of Our Menopause Awareness Survey 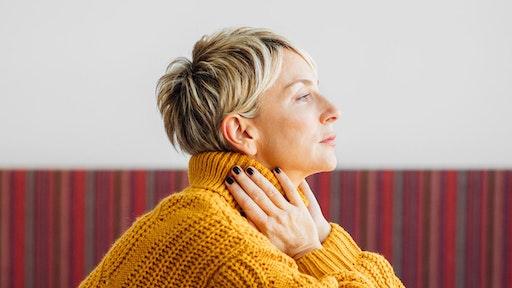 We surveyed Natural Cycles users over the age of 40, asking them to share insights into their experiences of menopause. In total, we got approximately 2,800 responses to the survey.

Over 90% of the respondents reported having low to medium knowledge of menopause, and 4 out of 5 felt a need for more information and support around menopause and menopausal symptoms. Many also reported feeling frustrated with the lack of information and support available during this point in their lives. Most users had learned about menopause either by researching it themselves or from family and friends. Only 1 in 5 had learned about this from their healthcare professional.

We found that around 60% of the respondents had experienced some menopausal symptoms, however, a large majority (86%) didn’t recognize the symptoms as being related to menopause when they first started to experience them.

Psychological symptoms such as mood swings or anxiety were reported by almost a third of the users, making them the most common symptoms, followed by fatigue, hot flashes, brain fog, and irregular, heavy or painful periods. The most bothersome symptoms were psychological symptoms, hot flashes, and insomnia, and around 2 out of 3 users said that these symptoms directly impacted their life.

When it came to those who had been offered treatment for their symptoms, the most common options were hormone replacement therapy (HRT), followed by complementary or alternative treatments such as herbal remedies, and lifestyle changes such as diet or exercise.

Interestingly, when asked which treatment they actually had used, the order was reversed — most of those who accepted some form of treatment chose lifestyle changes, followed by complementary or alternative treatments. Hormone replacement therapy had only been used by about 4% of the respondents and was the least common of the listed alternatives. Most of the respondents felt that the treatment they received had been beneficial for them.

We also asked our users if tracking menopausal symptoms and getting reports on a weekly or monthly basis would be of any help. 4 out of 5 answered that it would be useful to them to be able to see trends in their symptoms. Additionally, about 1 out of 5 thought it would be beneficial to share these trends with their doctor.

Most users also felt it would be helpful to have a tool to help predict hot flashes by monitoring heart rate, and about half of the respondents were open to receiving non-hormonal treatment for their symptoms, such as cognitive behavioral therapy.

In summary, there is clearly significant room for improvement both when it comes to the information available and to symptom management for those going through menopause. We’re committed to furthering our research into menopause and other underresearched topics within the field of women’s health, and we would like to thank our Cyclers who participated in this survey.