The idea of Natural Cycles came about when the founders, Elina and Raoul, were themselves in search of an effective method of natural contraception. 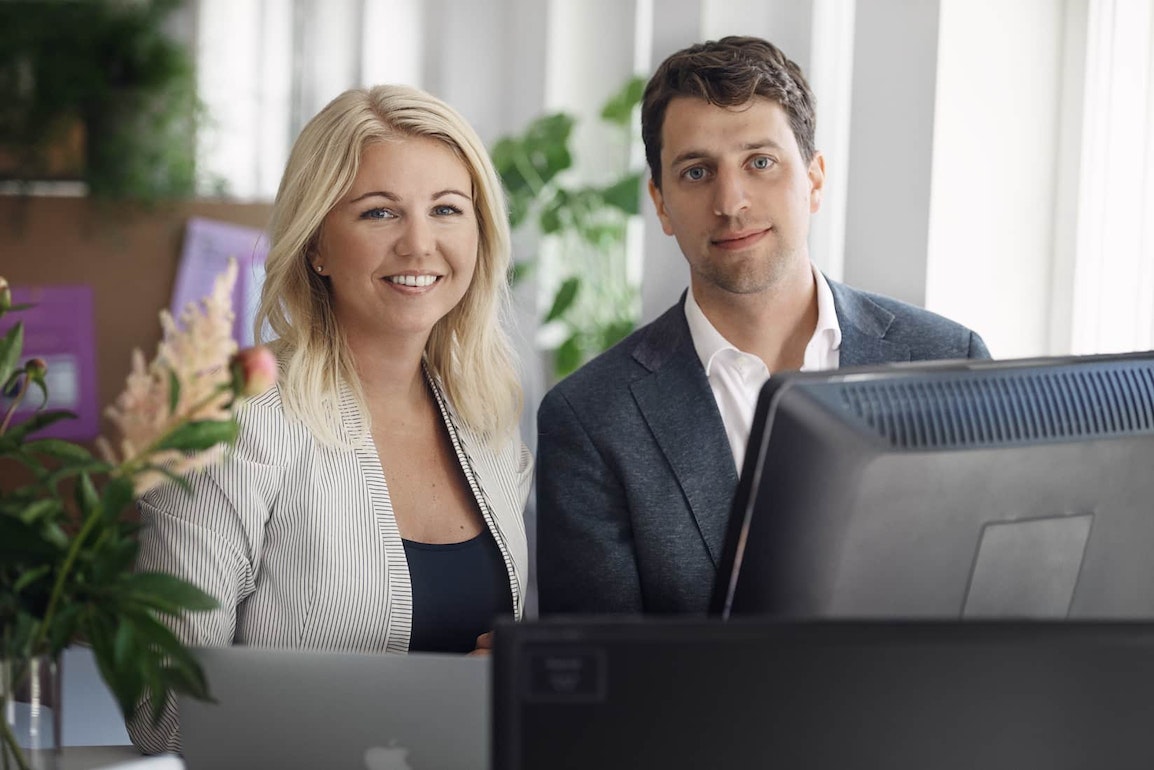 Who are the Natural Cycles founders?

Natural Cycles was founded in 2013 by Dr Elina Berglund and her husband, Dr Raoul Scherwitzl.

As a former member of the European Organization for Nuclear Research (CERN), Elina was part of the team that discovered the Higgs Boson particle – one of the most significant discoveries in particle physics, which went on to win a Nobel Prize.

Raoul also has a background in particle physics and had always aspired to be an entrepreneur, using his knowledge of physics to make an impact in society.

Where did the idea for Natural Cycles originate?

The idea was first conceived when Elina and Raoul started to think about having a family. Elina says, “I knew that I wanted to get pregnant in a year or two and had, therefore, stopped using hormonal birth control to give my body a chance to get back to normal first. In my search for a natural method of birth control, I learned that body temperature changes throughout the menstrual cycle – something that is well-known and well-researched. I started analyzing my own temperature, and applying my statistical knowledge from particle physics to detect ovulation and map out my fertile days.”

How did it grow from there?

Elina became increasingly absorbed by her own fertility data and started to share her findings with colleagues at CERN: “The more entrenched I became in my own fertility data, the more I was learning about my body. It really did feel like a revelation. I shared my data tracking journey with my colleagues, which encouraged some of the women I worked with to start measuring their own temperature; I would then analyze their fertility data for them.”

Using the techniques she had learned through the Higgs Boson project, Elina created an algorithm to analyze temperature readings, taking factors like sperm survival, temperature fluctuations, variations in cycle length, ovulation day, and the length of the follicular and luteal phase into account to identify fertile and infertile days.

“Raoul was the one who suggested that we turn my fertility algorithm into an app, to allow other couples to benefit from our innovation,” said Elina. “So I spent the next year perfecting the algorithm and learning how to code an app – which we decided to call ‘Natural Cycles’.”

How did Elina and Raoul bring Natural Cycles to women around the world?

From their background in scientific research, Elina and Raoul knew that a crucial step would be to gather clinical data about the effectiveness of Natural Cycles in preventing pregnancy.

Elina and Raoul have remained committed to continuing clinical research into Natural Cycles. In 2017, one of the largest studies of its kind was conducted and published in the peer-reviewed journal Contraception in partnership with scientists from the Karolinska Institute and other research centres. This study, which included 22,785 women through 224,563 menstrual cycles across two years, found that Natural Cycles had a typical use effectiveness rate of 93%.1

How has Elina and Raoul’s personal journey with Natural Cycles evolved?

Elina and Raoul understood from the beginning that the algorithm behind Natural Cycles could help them not only to prevent a pregnancy – but also to help them conceive when the time was right. In 2013, Elina and Raoul announced on Twitter that they were going to switch from the app’s “Prevent” mode to “Plan” and they didn’t have to wait long for good news. “With a little luck, and the precision of the app, we got pregnant the first cycle,” says Elina.

What does the future hold for Natural Cycles?

“We are pioneering an era in which women are more aware and in control of their bodies than ever before,” says Elina. “We want to empower women to take control of their fertility – whether that’s to prevent or plan a pregnancy.”

Elina and Raoul also see a role for Natural Cycles in improving the understanding of women’s health more generally. “We hope to provide healthcare professionals with valuable information about their patients to help with diagnoses and, on a larger scale, to better understand women’s health and fertility as a whole,” adds Raoul.