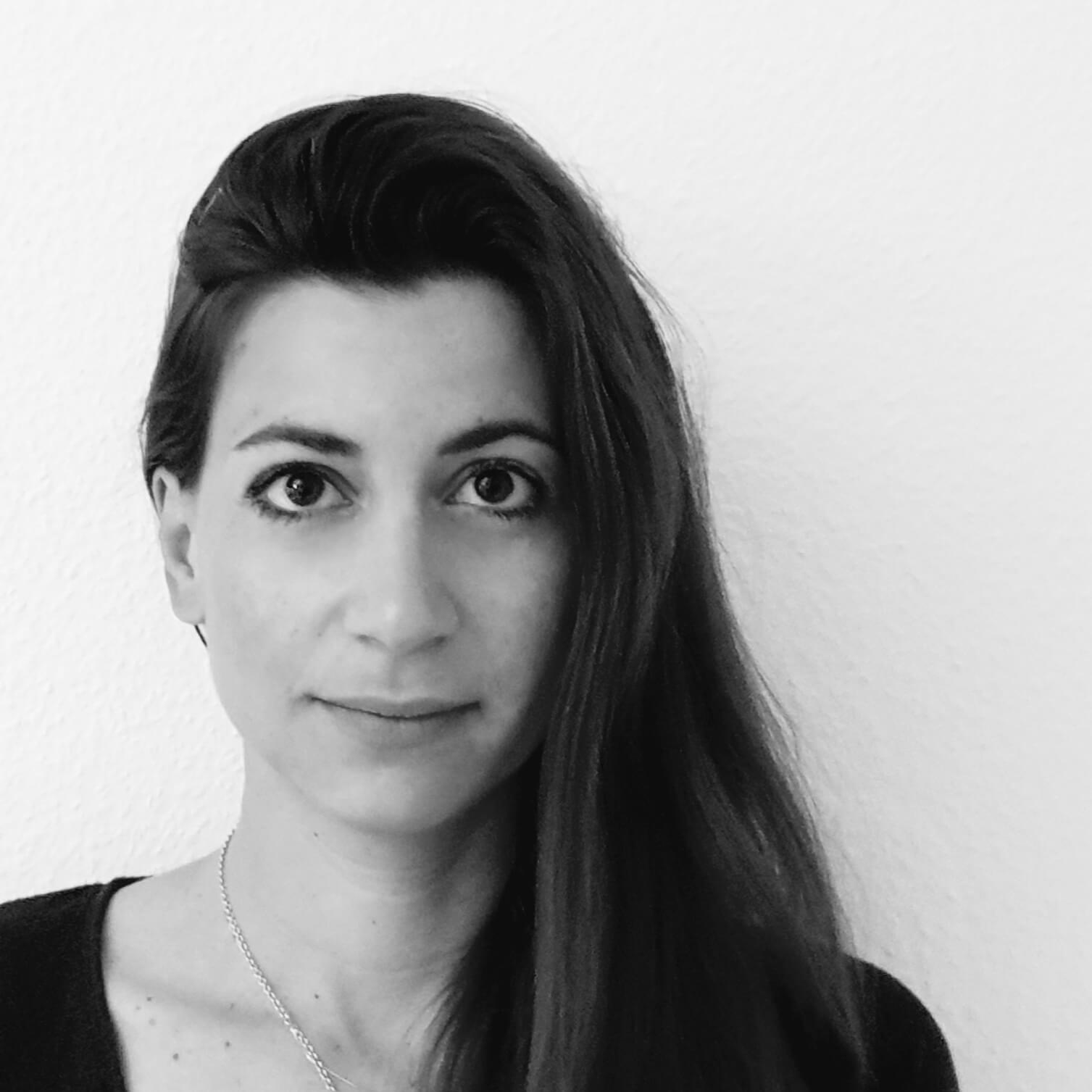 Paola Cerrito is an evolutionary biologist specialized in the evolution of modern human reproductive scheduling. She obtained her PhD from New York University (USA) and is currently a research fellow at the Collegium Helveticum of the ETH Zürich (Switzerland).

Hi Dr. Cerrito, we’re so excited to shine a light on the evolution of menopause! First of all, can you tell us a bit about your research and what it entails?

I study human evolution from a comparative perspective: how and why did we evolve the unique set of features that makes us different from our close relatives, i.e. monkeys and apes. This includes our reproductive pattern that is very distinct and includes the presence of a post-reproductive lifespan in females, also known as menopause!

In human females, the reproductive system “ages” long before the rest. My research on menopause has centered around trying to understand when it evolved, which would then help us understand why it evolved.

To do this, I look for traces of menopause in the fossil remains of our extinct ancestors. Teeth and bones are able to record so much about our physiology, they create a biological archive, a “medical record” that with the right tools can be deciphered and understood by scientists today.

I use microscopy and a method called elemental analysis to detect the physiological changes in the skeleton that are associated with menopause. Besides my work with fossils, I have also recently begun researching the positive effects that early exposure to grandmothers has on infants.

It’s fascinating that you can find traces of menopause in fossils! I think for many of us, menopause is associated with some unpleasant symptoms and isn’t often painted in a positive light, so what’s the evolutionary advantage of menopause?

Actually, a prolonged lifespan after menopause is an evolutionary conundrum because its evolutionary advantages are very difficult to explain! Only five mammals are known to experience it, humans are the only known land mammal to experience menopause, the other four are:

Recent research into killer whales has shown that post-menopausal females may share their environmental and ecological knowledge with younger whales to protect them against potential dangers or hardship.

That’s incredible! My mind is blown by the thought of a menopausal narwhal. So why are humans the only land mammal to experience menopause?

For humans, there are many competing theories regarding the evolution of menopause. Some of these theories suggest that it is simply the byproduct of an increased lifespan - we live longer than we used to and our bodies have evolved to reflect that.

Other theories propose that menopause evolved in response to males preferring to mate with younger females - shortening the reproductive lifespan means only females of a certain age can produce offspring.

Another theory yet suggests that for older females it is more advantageous to invest in their daughter’s offspring than to have their own. This last hypothesis, known as the Grandmother Hypothesis, suggests there’s a link between our reproductive physiology and our sociality, which I find super interesting!

The jury is still out regarding which (if any) of these theories is correct.

So as with the killer whales, older females could have evolved to pass on their knowledge and skills to their grandchildren…but we just don’t know! Why do you think there is such little research carried out on female health, and menopause in particular?

And while the topic of reproduction significantly affects every male, it is sad to say that it seems the topic of menopause has simply not been considered relevant by the people who have largely dominated science until recently, i.e. men.

Historically the unpleasant symptoms associated with menopause have been dismissed as “normal”, without considering the fact that these can vary between individuals and affect us all differently.

But it is wonderful to see that menopause is becoming more researched now. I also think that as it gets more common to start a family later in life, there will be an increase in the desire to understand why fertility declines and ultimately stops long before many of us can and want to raise children.

It’s great that there is an increase in research now at least. Do you think that there’s a taboo around menopause too?

Yes! For quite some time in our history, females’ societal role was mainly a reproductive one, so they essentially became worthless in society’s eyes once reproduction stopped.

The term menopause was only coined in 1821. After that, and until recently, the bulk of the efforts in the health sciences was to find ways of alleviating the symptoms of menopause, before we even understood them! It was seen and dealt with as something intrinsically negative!

However, this negative view doesn’t necessarily make sense when you consider that for many of us periods are painful too and we can experience other unpleasant symptoms linked to our reproductive health, and yet fertility is not considered as a lesser, or sadder, or worse stage of life.

In this sense, I think that evolutionary approaches have a lot to offer when it comes to how we think about menopause: they can provide an explanatory framework for this phenomenon and also highlight its importance during our evolutionary history.

It’s definitely reassuring to know that our bodies change for a reason! What research would you like to see in the female health field going forward?

I admit I’m biased, but, I’d love to see more of an evolutionary approach to medical research, which can bring together all these different features of our reproductive systems together so we can understand this one cohesive complex system! That would be tremendously rewarding.

Understanding the evolution of a trait like menopause can help us also understand its relationship with other traits, and therefore help illuminate how different symptoms affecting different organs might be the effects of the same cause. In turn, understanding the causes of pain and discomfort is important to offer an effective medical response that goes beyond the alleviation of symptoms.

More specifically, the endocrine system is responsible for large parts of our reproductive physiology - that’s a set of glands, organs, and hormones all working together. I would therefore love to see a greater investment in evolutionary endocrinology and bring this approach into the everyday practice of medicine.

Do you think your research changed the way you think about your own reproductive health?

Absolutely! Just to give you an example: growing up I always refused to take oral birth control. I was in high school when many of my friends started using it, but growing up in my family, taking medication was extremely frowned upon, so I never did.

Years later, during my doctoral studies, I began to understand how little we know regarding the effects that hormones have on our physiology and behavior. This convinced me that I had made the right decision to not give in to the practicality of hormonal birth control.

I felt that by taking it, I would mess with my body in ways that I (or even my OB-GYN) could not fully understand. I think that the medical and pharmaceutical fields have developed extremely powerful tools that can be lifesaving, but that at times we use these tools too light-heartedly so that the benefits don’t actually outweigh the costs. But of course, I am also terribly biased, so for every little thing that happens to my body, I turn to scientific literature!

That’s so interesting that your scientific work shaped your approach to birth control! On the topic of literature, can you recommend any books for those of us who want to read more about the evolution of menopause?

Sure! Aside from scientific papers, I highly recommend the book Grandmotherhood: The Evolutionary Significance of the Second Half of Female Life. Several experts in a wide range of fields provide insightful comparative perspectives into the evolution, physiology, and implications of postmenopausal life.

Huge thanks to Dr. Cerrito for sharing her fascinating insights into her work on the evolution of menopause, we hoped you enjoyed learning about this under-researched topic. If you’d like to learn more about your fertility, at Natural Cycles we’re committed to busting stigma and sharing knowledge about reproductive health one topic at a time. 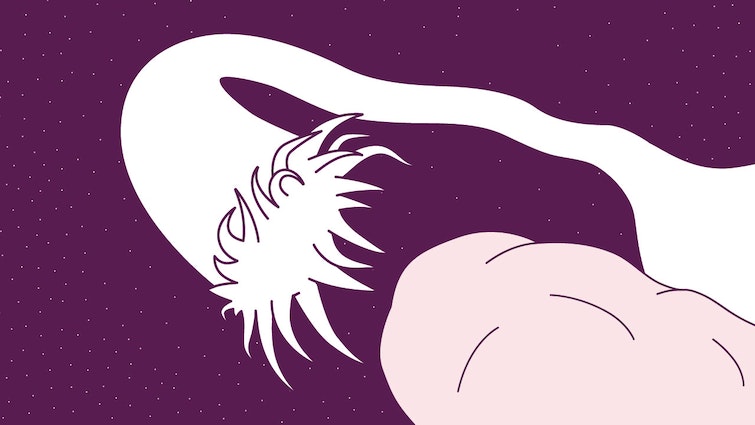 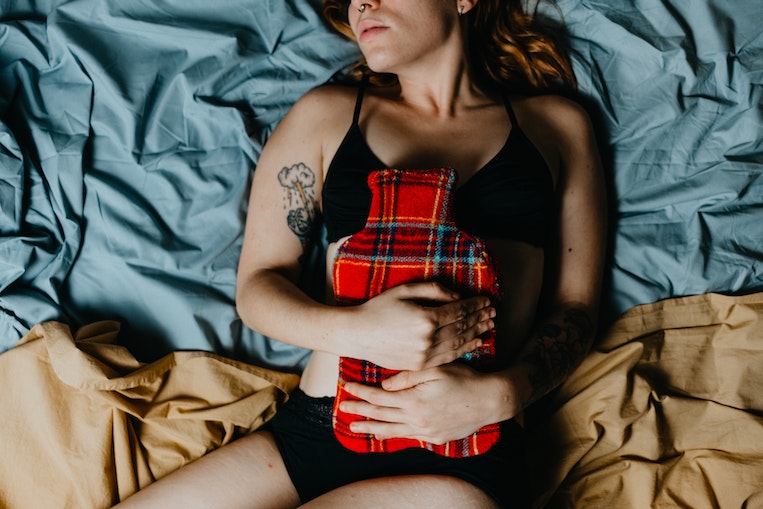 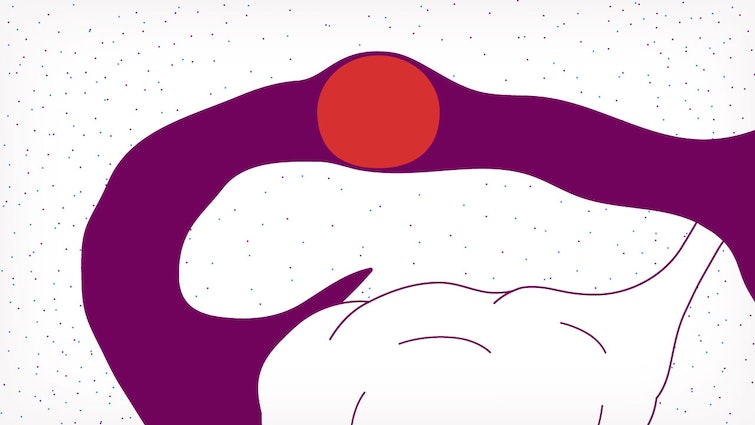 What is Ectopic Pregnancy?

Ectopic pregnancy is a difficult but important subject to talk about. In our latest blog post, we’ll cover everything you need to know about this type of pregnancy, including risk factors and causes, plus ectopic pregnancy symptoms. Read on to find out more…