You may have heard of spotting or have experienced bleeding between periods yourself and wondered why it happens, and if it’s normal. Here at Natural Cycles, we’re going to walk you through the differences between periods and spotting, the causes of spotting and why tracking your menstrual cycle can unlock hidden knowledge about your fertility.

There are some key differences between spotting and menstrual bleeding. Of course, all our menstrual cycles are different, but below we’ve outlined the main differences when it comes to spotting vs period.

Regular menstrual cycle length is considered to be between 21 and 35 days in length. During each cycle, the lining of the uterus becomes thick as a woman’s body prepares for pregnancy. If that doesn’t happen, then the uterus sheds its lining, causing a period and the start of a new menstrual cycle.

How to identify menstrual bleeding:

Spotting is often a normal part of a healthy menstrual cycle. There are many reasons for spotting to happen, for many of us it’s a routine part of any cycle, for others, it might be an indication of something more serious.

How to identify spotting:

Withdrawal bleeds occur around the time of your period but are much lighter. This is still the lining of the uterus shedding, but due to an imbalance of hormones, it doesn’t happen quite the same as with a period. Withdrawal bleeding can also be a symptom of an anovulatory cycle – meaning ovulation didn’t happen in that particular cycle.

What is spotting in pregnancy?

Spotting during pregnancy can be quite common. While it doesn’t always mean something might be wrong, it also shouldn’t be ignored. In early pregnancy, there is often light bleeding around the time you might usually get your period – this is known as implantation bleeding.

Later in pregnancy, spotting can occur for several reasons. Changes in the cervix can cause bleeding and might be noticeable after sex. Vaginal infections can also cause spotting and a midwife or doctor can help prescribe treatment. There is also something called ‘a show’ which is when mucus which has been in the cervix during pregnancy comes away, signaling that labor is about to begin. This can happen in the days leading up to contractions starting, or during labor.

Spotting around the time of menopause is fairly common. This also is due to the changes in hormone levels that regulate the cycle. Because of the disruption of hormones, you may experience bleeding at different times in your cycle and the amount of bleeding may vary as well. If you experience very heavy and/or lengthy bleeding during menopause you should speak to your doctor, the same goes for bleeding between periods. Any bleeding that happens after menopause should be discussed with a healthcare professional.

There are lots of reasons for women to bleed after sex. Spotting after sex can be a sign of infections, an inflammation, or polyps (non-cancerous growths in the uterine lining), as well as other conditions. Vaginal dryness can also cause bleeding after sex – lubrication can help with this and reduce spotting after sex. Bleeding can also occur after damage to the vagina which can happen from sex, or in childbirth.

While spotting can be a perfectly healthy part of the menstrual cycle, we recommend that you talk to a healthcare professional about any unexplained bleeding between periods. Regular cervical screening is also a good way to help make sure spotting is not a symptom of anything more serious.

If you keep track of the patterns in your menstrual cycle you are more likely to notice both consistencies and changes in your routine. This includes bleeding between periods, anovulatory cycles, PMS symptoms and so much more. Thousands of women use Natural Cycles to prevent or plan pregnancy, with the welcome side effect of learning more about their bodies along the way.

7 Sex Hormone Facts Everyone Should Know

Join us as we take a look at some fascinating facts about male and female sex hormones, from how they affect our sex drive to the surprising knock-on effects they can on our bodies including hair growth and even changes to body temperature. Read on to find out more… 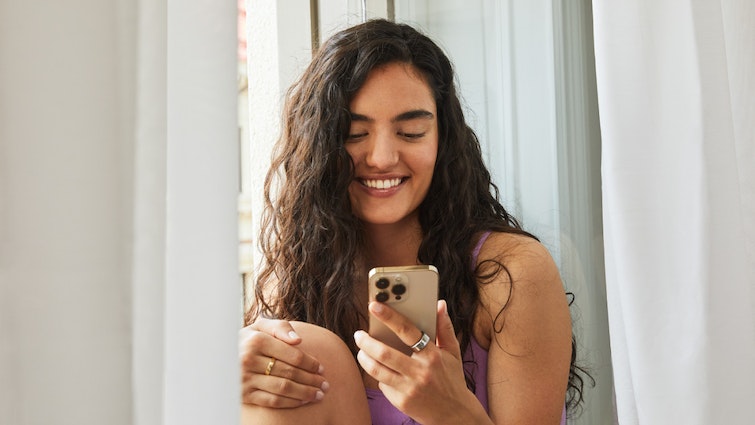 5 Benefits of Using the Oura Ring with Natural Cycles

That’s right! The power of Oura is now compatible with Natural Cycles. Whether you’re using the app to plan or prevent pregnancy, here’s what you need to know about our brand new partnership. Find out how you can benefit from using Natural Cycles with an Oura Ring, how to access your discount on a new device, and more… 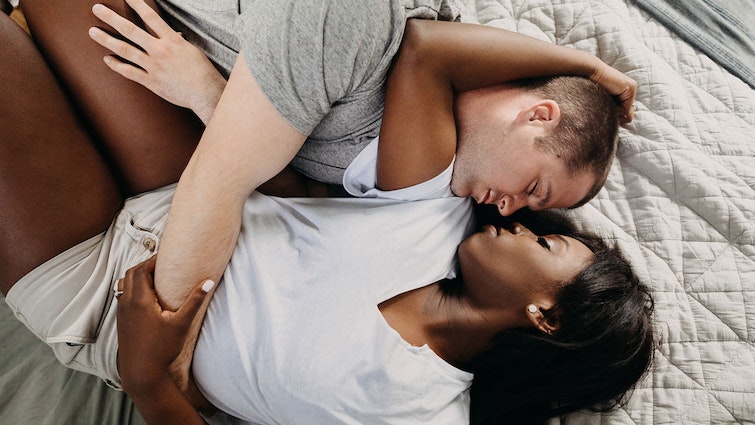 What is Erectile Dysfunction?

If you’ve had someone close to you with erectile dysfunction then you may know how it can affect relationships, self-esteem and even the ability to start a family. Although erectile dysfunction is a common condition that is treatable, many people do not seek help for the problem as it’s often shrouded in stigma. In this post, we’re going to take a closer look at erectile dysfunction (ED) and how you can recognize and treat this condition. We’ll also take a look at what it means to be a partner of someone with ED.