Discovering A Hormone-Free Me: Aeva’s Story

In this post, I’ll talk about how and why I looked into Natural Cycles, the hesitancies and fears my husband and I both shared in starting Natural Cycles and how we overcame them, and finally, how I use Natural Cycles in my daily life as a married law student.

Disclaimer: This is one Natural Cycles user’s experience. Everyone's experience is different and we encourage you to talk to your healthcare provider when considering switching birth control.

I’m writing this post in celebration of one year of using Natural Cycles as my birth control! A year and a half ago, I would have thought you were crazy if you told me I would be off the pill and doing natural birth control. Today, I look back with so much appreciation for Natural Cycles, not only has it been an effective birth control for me, but even more importantly, it has changed my relationship with my body.

I’m very passionate about Natural Cycles and cycle syncing (syncing your diet, lifestyle and exercise to the phases of your cycle), and love sharing about that on my TikTok account. I’d love to connect with you on there, too!

My History with Hormonal Birth Control

About two years ago, I was engaged to my now husband and looking into birth control options.

After consulting with my doctor, she suggested the combination birth control pill. I started my first pack in March of 2021 and planned to stay on it until my husband and I were ready for kids many years down the line.

Within the first three weeks, I started to feel different. Foggy brain and sore breasts came first, and then I experienced random and lasting feelings of being just down, sad, and emotional.

After a month and a half, I consulted with my doctor because these symptoms had not subsided. She changed my pill pack, and I went on with that pill for the next eight months. The symptoms were smaller, although I found myself constantly feeling tired, still emotional, and my libido was gone.

I chatted with my doctor about these feelings, but she let me know that as a first year law student under a lot of stress, I was likely experiencing chronic fatigue and low libido because of the high-stress environment. Because I feared pregnancy and thought this was my only option, I accepted that as true and moved on.

In December of 2021, the symptoms remained and I felt desperate for change. At my yearly visit, I told my doctor about my desire to switch to the natural birth control that I had heard about. She told me that it would not be as effective as the pill, and that as a law student, my best bet would be to stay on the pill or get an IUD.

My doctor emphasized that most women my age were either taking the pill or had an IUD and had something that worked for them. I left understanding that although her intentions were good, I knew deep down that there had to be more out there for me.

I actually first heard about Natural Cycles from a friend of mine, while I was still on the pill. She told me how she took her temperature every morning, used ovulation tests, and had been avoiding pregnancy for a year this way.

I remember thinking that she must be lucky, because there was no way that you could really know when you were fertile. In health class, I had learned that’s what our grandmothers had done, and that is why they had so many children.

But as I walked out of the doctor’s office that day, I decided to look it up, just in case. I remember thinking “At this point, I’ll try anything to feel like myself again.” I googled, “Natural birth control app” and took the personalized birth control quiz on the Natural Cycles website.

I read articles about ovulation and its correlation with basal body temperature, and I looked into the statistics that showed that the app was 93% effective with typical use, and 98% with perfect use. I was extremely impressed, but still doubted it a little.

Getting my Husband on Board

I came home and chatted with my husband about the idea of using the app instead of the pill. He told me that he did not trust it, and asked if there were any other hormonal options that I would consider. I could tell he wanted to support me but also feared the unknown since he had never even heard of such a thing.

We feared that getting off the pill would be irresponsible of us, since it was obviously working already. I knew that he would not be convinced unless he had seen what I saw, and so I presented him with the information I had: about how women are only fertile during ovulation, and that ovulation can be confirmed with body temperature and testing of the luteinizing hormone during ovulation.

The next morning, he told me that he would support me in whatever decision I made and I bought the Natural Cycles yearly subscription right then and there. I marched my pill packets to the garbage can and threw them all away—showing that I was fully committed to this new method. I was nervous, but if all the information I learned was true, I knew it would actually work!

I got my period back and diligently took my temperature every morning with the thermometer. I realized that the more data I gave the app, the more “green days” the app gave (non-fertile days). I remember the awe I felt the first morning that my temperature spiked to confirm ovulation, and I realized that my body had been going through this temperature change every month of my life since I was 13 years old (excluding the time I was on hormonal birth control, which shuts ovulation off), yet I had never known about it. The side effects I had on the pill all vanished, and I felt like myself once more. It felt so good to be me again.

The first few months, my husband remained hesitant, but as time went on, he became confident in the facts but also because of our lived experience. Plus, because I was tracking my temperature, and I learned that my luteal phase (the days after ovulation) remains relatively consistent, even on cycles where my period became longer due to stress, I never feared that I was pregnant. I was able to consistently see that my ovulation was late, and so I could be confident that my period was on its way exactly 12 days after that. Amazing!

How Natural Cycles fits into my daily life

Today, I have tracked ten cycles with the app. I recently switched from the traditional thermometer to the Oura Ring integration, where my temperature automatically syncs in the app. This is hugely convenient, as even if my sleep schedule changes with stress, late night studying, or travel, it’s still easy to measure and enter data!

As someone with a busy schedule, I am thankful for how easy and accessible Natural Cycles is. By inputting my temperature into the algorithm, I don’t have to worry or wonder if I am charting correctly, and it takes no time at all. I even love waking up each morning to see where I am in my cycle!

How my life has changed one year on

As I celebrate one year with the app, and plan many more—I do want to acknowledge the way that it has worked for what I wanted: birth control. I have never even been worried about pregnancy because of the way the app has taught me about my fertility indicators, and I am so thankful for that!

The unexpected way that Natural Cycles has changed my life is the way that it has helped me to see my body and its monthly changes is truly incredible. I see now how the different phases of my cycle are trackable, and how every phase has its own unique strengths. The mental shift that this has given me as I plan my schoolwork, workouts, and social events has been life-changing and is something that I wish every woman was taught as a young girl.

If you’d like to re-discover yourself through hormone-free birth control, you can use my referral link to save 20% on a Natural Cycles subscription, plus you’ll get a basal thermometer for free!

Huge thanks to Aeva for sharing her Cycler Story! Thinking of going hormone-free? Why not find out if Natural Cycles could work for you? 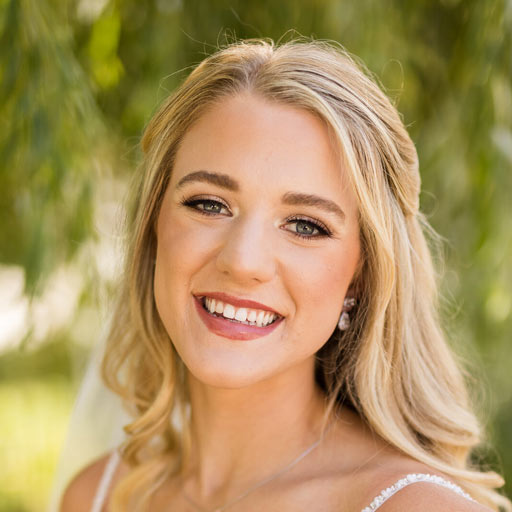 Aeva is a law student in Southern California with a passion for helping women learn their bodies' natural rhythms and feel their best by living in accordance with their cycle. She and her husband, Brayden, enjoy skiing and finding new restaurants in the area. 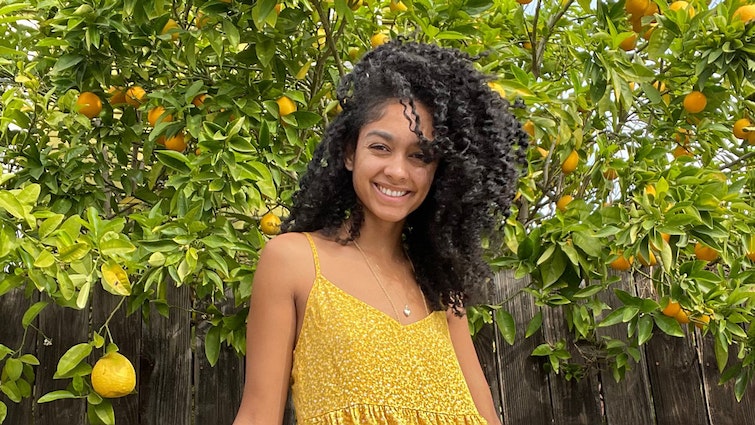 Before I used Natural Cycles, I gave a lot of different forms of birth control a good go. I started on the pill, at age fifteen, it was given to me mainly because I had acne… 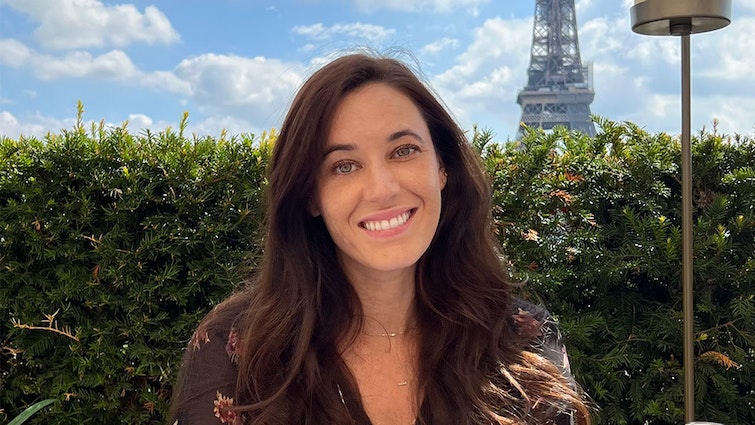 Why I Love Natural Birth Control Even More After 4 Years: Carina’s Story

When I first started using Natural Cycles, it didn’t take long for me to realize how much I loved it. Not only has it been a reliable form of birth control for me, but I have been able to truly feel like myself again after changing from a hormonal birth control method, and have learned so much about my body and my cycles in the process. 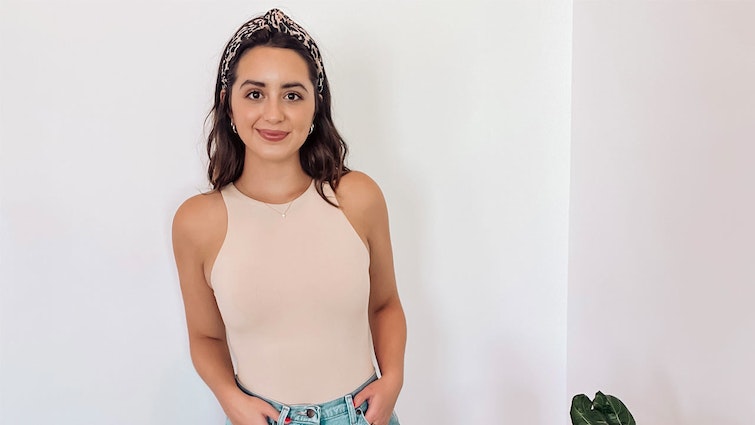 Switching From the Pill to a Birth Control App: Courtney's Story

I decided to go off the hormonal birth control pill in August of 2021. Read on to discover the backstory of my experience of using hormonal contraceptives and how I got to where I am today…