Birth control hasn’t always been backed by science, there have been a number of different types of birth control through history – some more bizarre than others. Thankfully in the 21st century, there are regulations that help make birth control options safe. Now let’s take a deeper dive into these methods, their history and how they are used today. 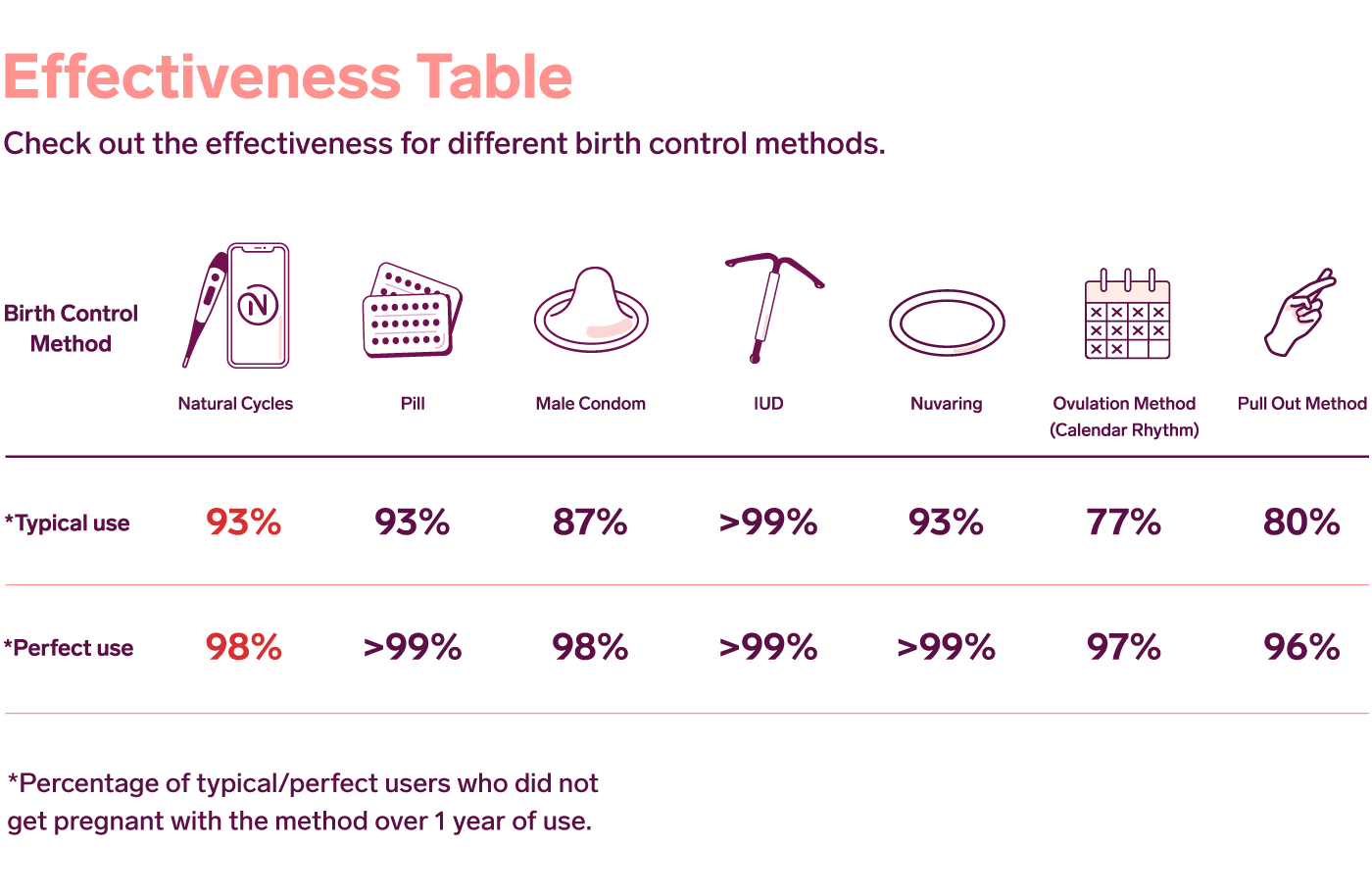 When we think about birth control, for many of us our minds will go straight to a packet of pills. Iconic in its creation – the pill changed the landscape of family planning and is synonymous with the swinging 60s and women’s liberation. Still a popular option today, the pill comes in various forms with different levels of hormones.

How does the pill work?

The pill works in several different ways. One way is by releasing hormones that stop ovulation from happening. This means an egg cell is not released from the ovaries, as it is in a regular menstrual cycle. Another way is by thickening cervical mucus, which makes it harder for the sperm to reach the egg. There are two different types of the pill: the combined pill and the mini pill. Both contain synthetic hormones. The mini pill contains only progesterone, while the combined pill has both progestogen and estrogen. Just like other birth control methods, the pill is not 100% effective.

The condom has had a long and complicated history and thankfully it has evolved into something more user-friendly than it was 400 years ago. Back then it was common for sheaths to be made from animal intestines. The invention of vulcanized rubber in 1839 really improved things for prophylactics and the condom is much safer and sophisticated today.

How do condoms work?

Condoms work as a barrier method, by physically preventing egg and sperm from meeting. There are two versions of the condom, the more common external condom worn on the penis, and the internal condom which is inserted into the vagina. Condoms are also widely used to protect against sexually transmitted infections which gives them an advantage over other non-barrier methods.

Intrauterine devices, or IUDs, are a type of long-acting reversible contraception. The first plastic IUD appeared in the 1960s and they remain a popular long-term option for women today. One of the reasons the IUD is so popular is because of its high effectiveness rate, as it doesn’t require women to do anything to prevent pregnancy once the device is fitted.

How do IUDs work?

Like the pill and condoms, IUDs come in several different forms and once fitted, they work for between 3 and 5 years. There are two common versions of the IUD: a plastic, hormonal IUD and a copper, non-hormonal IUD – which is also known as the coil. Both versions require insertion into the uterus by a doctor or a nurse. The copper IUD works by creating a hostile environment in the womb and fallopian tubes where sperm can’t survive. The hormonal IUD releases progesterone, which thickens cervical mucus, stops implantation of a fertilized egg, and, in some cases, prevents ovulation. IUDs have very high effectiveness because they require no work once they are inserted.

How does NuvaRing work?

The ring contains both estrogen and progesterone. Like other hormonal methods, the NuvaRing works by suppressing ovulation. The ring is inserted into the vagina where the hormones are absorbed over time. The NuvaRing must be worn for 3 weeks, with a one week break when users will experience a withdrawal bleed, as with the pill – this is not the same as a regular period.

An ancient type of birth control, the calendar method has been around for centuries. It’s still used today and there are now apps that modernize this hormone-free birth control option. The calendar, or fertility awareness method requires women to track their cycles to identify when they are most fertile.

How does the calendar method work?

The method works by abstaining from sex during the fertile window, which can be roughly worked out by counting cycle length and calculating fertile days. The calendar method is based on the average length of menstrual cycles which predicts that most women are fertile for about two weeks before they get their period. Of course, all our cycles are different, so our fertile days can vary.

Another ancient birth control method is the pull out method, also known as withdrawal. With a reference to ‘coitus interruptus’ dating back to 2,500 years ago, it’s pretty primitive in terms of its origins. Unfortunately, the pull-out method hasn’t advanced far from its early days, but is still commonly used today.

How does withdrawal work?

By removing the penis from the vagina before ejaculation, withdrawal works by stopping sperm and egg from meeting. If used perfectly, the pull out method can be somewhat effective, although some sperm is still ejaculated from the penis before a male orgasm. Withdrawal is also hard to use correctly. However, it is a better option than using no birth control at all, and when used in tandem with other birth control options, like a condom, the likelihood of pregnancy decreases.

A birth control app, Natural Cycles reflects the demands of the digital age. Founded in Sweden by a married couple with a background in science, Natural Cycles appeared in the US market in 2018 after it’s FDA clearance – it remains the only fertility app cleared for use as birth control in both the US and Europe.

How does Natural Cycles work?

Unlike other fertility trackers, the birth control app works by identifying ovulation through a rise in basal body temperature. A thermometer is used alongside the app and women take their temperature most mornings and the algorithm in the app works to find ovulation and identify the fertile window. By learning each woman’s unique cycle, Natural Cycles can narrow down the days when there is a risk of pregnancy and allocate green days (no need to use protection) and red days (use protection) in the app, so a woman will know her fertility status daily.

We have only touched on a handful of the different types of birth control options available. There are many, many more hormonal and non-hormonal methods out there. Check out The World’s Health Organization’s info on family planning for a more detailed breakdown of methods and their effectiveness.

While there are many birth control options out there, we support the growing need for contraception that suits every woman’s needs. For World Contraception Day 2019 we’re using the voice of choice to spread the message about different methods and their effectiveness. Find out how you can raise awareness about birth control.

I heard about Natural Cycles through social media. Even before I found them, I’d been interested in a natural form of birth control. I have been on two different hormonal birth control pills. One for a year and a half, and the other for about 6 months. One of the biggest reasons why I switched pills was because of the side effects I was experiencing...

World Contraception Day happens on the 26th of September every year and is a global campaign that aims to raise awareness of birth control and promote better sex education. To celebrate this climactic calendar date, we’ve put together five facts for World Contraception Day. Grab a coffee and get comfy, let’s take a dive into what we should all know about birth control.