In the 1700s women used lemons as birth control, the ancient Egyptians used crocodile dung as a sperm-killing suppository, and on top of that, early versions of the condom were reusable... Let’s take a step back through time and look at the weird and wacky wonders of non-hormonal birth control methods and where we’ve ended up in the 21st century.

Women in the past used sponges soaked in lemon juice to prevent pregnancy. The citric acid in lemons acts as a natural spermicide. The lemon rind itself (with pulp and juice removed) could also be inserted into the vagina and used as a cervical cap. Sounds zingy… Today we reckon lemons are better used to make a gin and tonic.

Lemons aren’t the only citrus fruit with a link to birth control. There are concerns about the effects of eating grapefruit on the birth control pill. We want to put this urban myth to bed once and for all. While the enzymes in the grapefruit prevent the breakdown of estrogen this has not been shown to impact the effectiveness of the pill. However, a surge in estrogen can lead to other side-effects on health, so if you’re on the pill and eat a large quantity of grapefruit, speak to a healthcare professional.

Birth control pessaries made out of poo

The ancient Egyptians and Mesopotamians would mold crocodile dung into a block that was inserted into the vagina, acting as a birth control pessary. Crocodile feces wasn’t the only excrement used as contraception. Ancient people in the Middle East used elephant poo in the same way.

It’s unclear quite how effective these methods were (we’re willing to bet not very), but going to bed with a handful of animal dung sounds both unhygienic and impractical. How many people have a pet crocodile?

Condoms in the 21st century are discreet, sleek and strictly for one-time use. Sadly this hasn’t always been the case. Until the process of vulcanizing rubber was invented by Charles Goodyear in 1839, the story of prophylactics was very different. Ancient condoms were made from a variety of materials including animal intestines (gross) and linen sheaths tied on with a ribbon (delightful).

The need for condoms was in part due to the spread of STIs – still a real risk today.  A common and unpleasant infection of the 18th and 19th centuries was syphilis which had nasty symptoms, including all-over-body blisters and skin shedding. The discovery that using the protective sheaths prevented contraction of the disease must have played a huge part in the popularity of condoms, not only as birth control, but as protection against infection too. Manufactured latex wasn’t invented until 1920 – meaning that the condom we recognize today has only really been in circulation for the past 100 years.

One of the oldest methods of birth control is periodic abstinence, avoiding sex at certain times of the month. Calendar or rhythm methods involve counting the days of the cycle and working out that the most fertile time is around 2 weeks before your period arrives. Women can then avoid having sex or use protection during this time. This is based on the assumption that ovulation (the egg being released) happens about halfway through the cycle. Sadly, it can be unreliable as a method of birth control as it is hard to work out exactly when the most fertile days are. The oldest recording of ‘a period of abstinence’ was astonishingly in the year 388!

Fertility awareness-based methods involve tracking fertility and working out the fertile window in the menstrual cycle, and abstaining from sex when there is a risk of pregnancy. As women are only fertile for 6 days of their cycle (the ovulation day and the 5 days prior due to sperm survival). Ovulation can be identified by several signs, such as a spike in body temperature, an increase of hormones, and changes to cervical mucus secretions. Charting these gives a good indication of where a woman is in her cycle – smart!

These methods are commonly used by couples trying to conceive, but the same science can be used in reverse to prevent pregnancy. Fertility awareness methods require consistent and diligent use, but with dedication, women following such methods can learn about their unique cycle while preventing pregnancy. It all comes down to finding that fleeting fertile window…

We’re glad some of these non-hormonal birth control methods have stood the test of time, while other methods are better left to be read about in the pages of history books.

A happy evolution of the digital age is the birth control app. Natural Cycles is the first and only birth control app available in the US and Europe. It’s different to traditional fertility awareness methods as the intelligent app harnesses advanced statistics to calculate a fertility prediction for you. Natural Cycles learns your unique cycle and assigns green or red days to show where you are in your cycle and whether you can or cannot get pregnant. 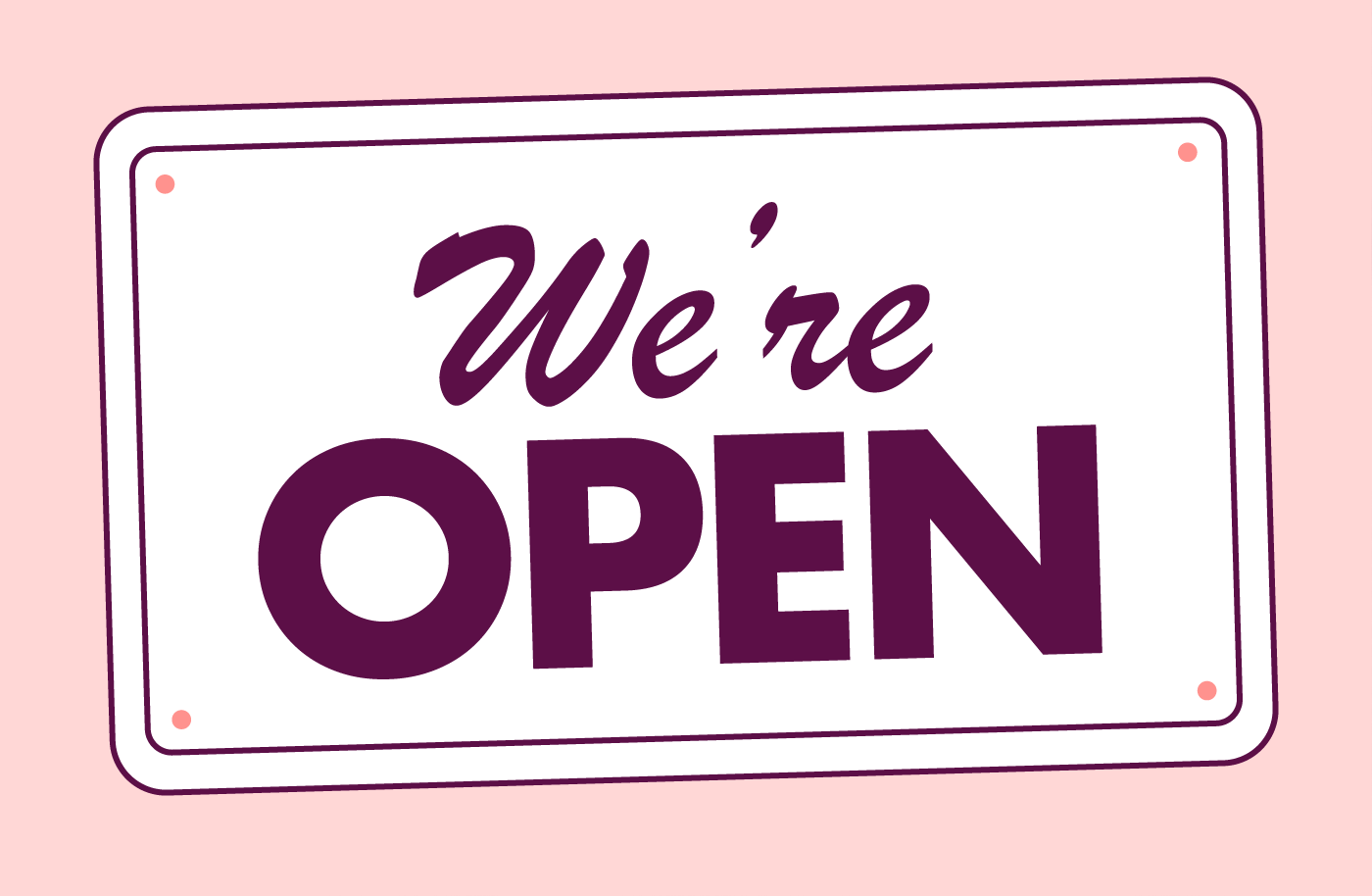 From nightstand regulars, to innovative online birth control, check out our list of over-the-counter birth control options that can offer some peace of mind in these uncertain times. We’ll cover where you can get them, how they work, their effectiveness, and more. 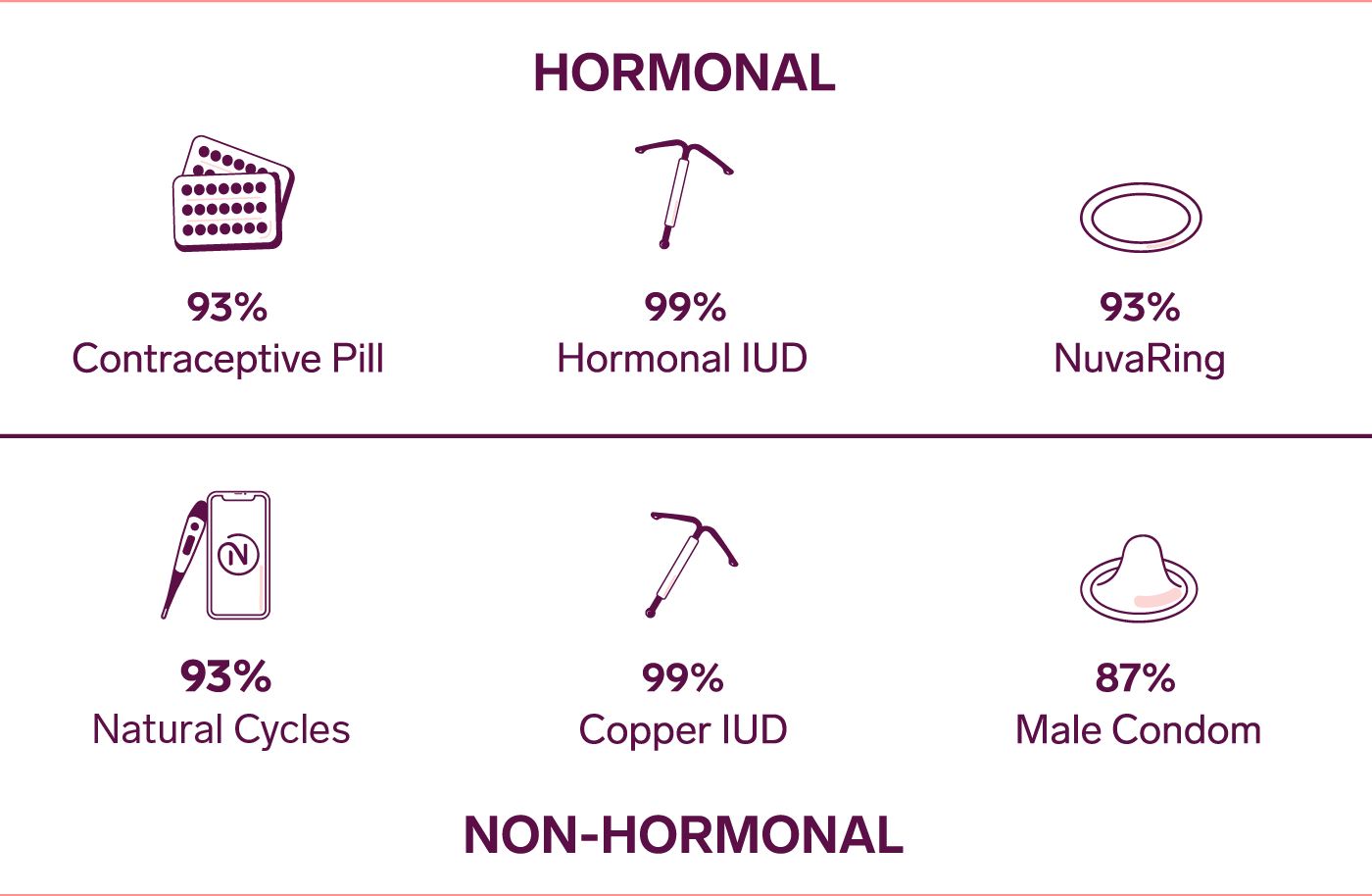 Over our fertile lifetimes we are likely to change birth control methods multiple times. This frequency of changing birth control could be a symptom of a lack of suitable options, or the fact our needs and preferences change over time. It’s an important decision, if and when you change your birth control, and in this post we’ll help guide you through the change.