The Most Effective Birth Control Methods & How They Work

There’s a lot of contraceptive options out there and each has its own way of working. However, not all birth control methods are as effective in preventing pregnancy as others. Let’s take a look at the most effective birth control methods, how they function, and why it’s important we all have access to a plethora of options.

There are many decisions that motivate our choice in contraceptives. Therefore, there is no ‘best birth control method’, only the one that suits each individual best. Every woman is looking for different benefits in her birth control, whether she prioritizes a non-hormonal method, a method that protects against sexually transmitted infections, or wants an option she doesn't need to think about every day.

Similarly, no birth control is without risks, whether it’s unintended pregnancy, or the side effects of the method itself. If you’re sexually active and using contraception there will always be an element of risk. However, women who are at serious risk of endangering their health should they become pregnant might want to consider the most effective birth control methods that are out there as the ‘safest’ birth control option for them.

The most effective birth control methods

Intrauterine devices or IUDs are small objects shaped like an upside-down anchor that sits inside the uterus. The hormonal IUD is made of plastic and contains a synthetic dose of the hormone progesterone, which thickens cervical mucus, stops the implantation of a fertilized egg cell, and can also prevent ovulation entirely. IUDs have very high effectiveness because they require little work from the user. Once fitted, IUDs can be used as birth control for as long as five years. There are a number of side effects associated with the hormonal IUD, these include headaches, breast tenderness, irregular periods, mood swings, and period cramping.

Like IUDs, implants are long-acting, reversible birth control methods that require fitting from a healthcare professional. Unlike IUDs, implants aren’t inserted into the uterus, instead, they are placed under the skin (usually in the fleshy part of the upper underarm). The implant contains synthetic hormones that work to stop ovulation and thicken cervical mucus. Once fitted, the implant works for three years. As with other forms of hormonal birth control, there are some reported side effects such as loss of libido, headaches, mood swings, and depression.

There are not many birth control options that men can choose to use. Other than condoms, male sterilization (also known as vasectomy) really remains the only option - and it is a long-term one! Male sterilization involves cutting the tubes that carry the man’s sperm from the testes to the penis. While male sterilization can in some cases be reversed, it’s seen as a permanent option and the chances of a successful reversible procedure decrease over time.

It’s worth keeping in mind that sperm can still be present in ejaculation for as long as twelve weeks after a vasectomy, so another birth control method should be used in the meantime. A vasectomy is more than 99% effective at preventing pregnancy.

Like a vasectomy, female sterilization is a surgical procedure that involves the blocking or removal of the fallopian tubes. While it’s more than 99% effective, this birth control method should be viewed as permanent. After the operation, you must use another form of birth control until your next period.

Birth control methods that have both high effectiveness for typical and perfect use are those long-acting methods that don’t require much input from the user. Their failure rate is exclusive to the method failing, not the user forgetting to use the method or using it in the wrong way. 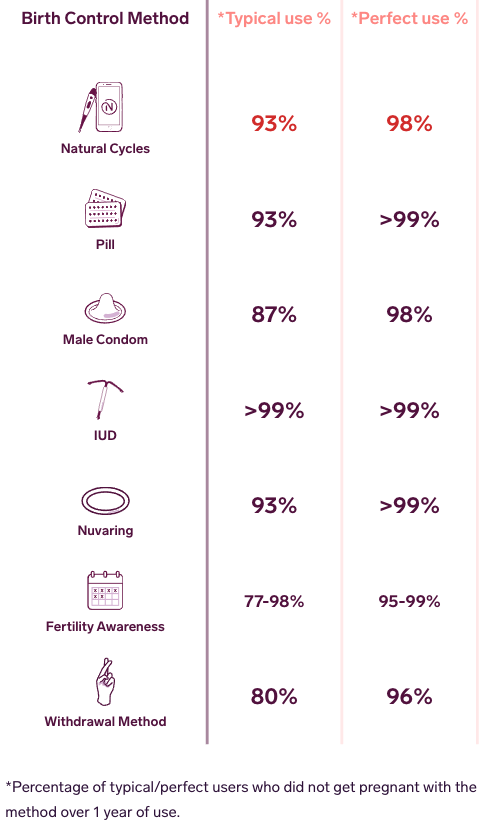 Of course, the most effective birth control methods are just some of the options available. Whether you are looking for hormonal or non-hormonal options, there are reasons women frequently choose these other birth control options over long-term highly effective methods, for example, they might want more control or flexibility when it comes to their birth control, an option that doesn’t have side-effects, or they might want to protects against STIs.

It’s worth keeping in mind that when we look at birth control effectiveness side-by-side these numbers have been gathered by looking at different groups of women, which can make directly comparing them problematic. However, let’s take a quick look at some of the other birth control options that are out there and their effectiveness rates.

Usually given in the buttocks, upper arm, thigh, or abdomen, the birth control shot is a longer-term option than many popular birth control methods, but is more short term than IUDs or implants. The dose of synthetic progesterone works to prevent pregnancy for as long as 13 weeks. This hormonal method works by preventing ovulation and thickening cervical mucus.

The shot is usually given by a doctor or nurse, although you might be able to administer it yourself in some cases. The injection is more than 99% effective with perfectl use, but its typical use effectiveness is 96%.

Whether or not we’ve used it before, most of us are familiar with the birth control pill. In terms of effectiveness, the birth control pill is 93% effective with typical use and 99% with perfect use. It contains both synthetic estrogen and progesterone that stop ovulation and thicken cervical mucus to prevent pregnancy.

The most effective barrier method available, condoms work by preventing a sperm and egg cell from meeting. This is also what makes condoms effective at preventing sexually transmitted diseases as they prevent bodily fluids from mixing. Condoms are 87% effective with typical use and 98% effective with perfect use.

Non-hormonal and non-invasive, Natural Cycles is another certified birth control option. It works by taking the basal body temperature method and pairing it with an algorithm that uses the temperature data to learn the unique pattern of your cycle. This makes it more effective than most other fertility awareness-based methods, which are either more open to human error, or are based on the menstrual cycles being a set length. Natural Cycles is 93% effective with typical use and 98% effective with perfect use.

We hope you’ve learned lots about birth control effectiveness. One thing to keep in mind is that contraception is a very individual thing and it’s important you find a method that complements your lifestyle. In many ways, the method that suits you best will be the most effective method for you as it will be easiest to use and you can fit it into your routine.

Here at Natural Cycles, we are proud to offer a hormone-free birth control option that’s in the same effectiveness category as the pill. For women who want to switch to a non-hormonal option, the first and only birth control app is just a click away. 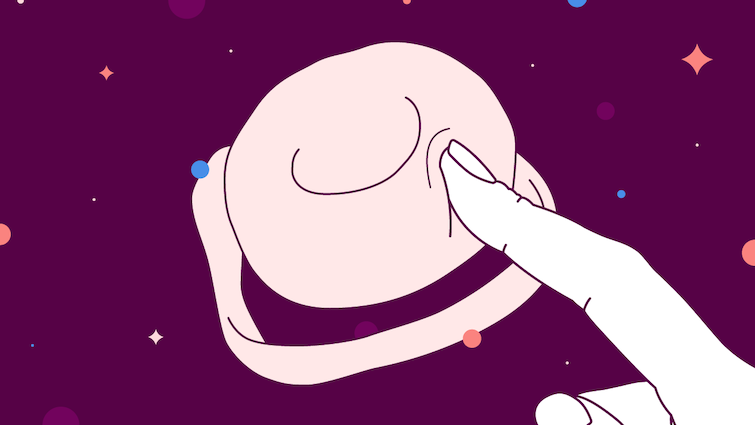 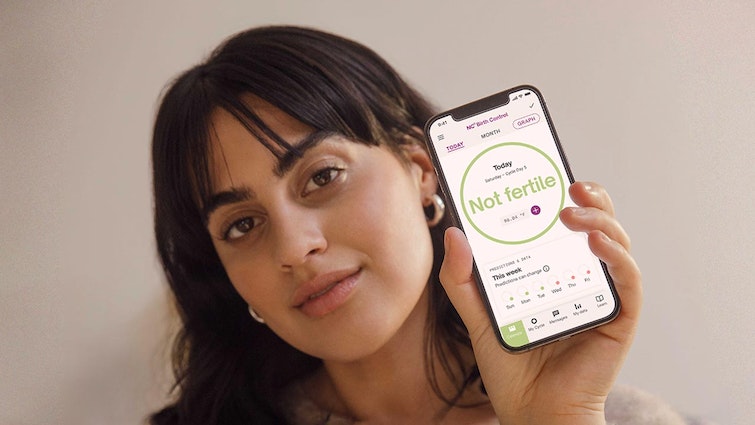